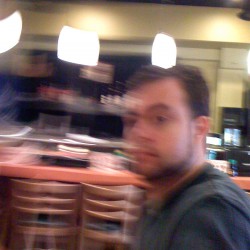 Go Set a Watchman: A Novel 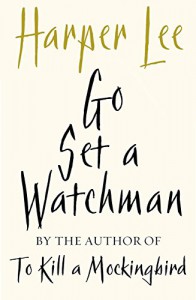 Rather than properly review the book, I will comment on my literary friends reaction to it's release. I know, I haven't properly reviewed any book in a long while, but this is more worth the noise.

Will I be upset at the characters for ______?
-I don't know, I guess if you read Mockingbird for life lessons or to adopt a hero, then yeah, maybe. But that's the sort of emotional laziness that Lee directly addresses near the end of the book. She couldn't possibly have anticipated the sort of figure that two of the main characters clearly became after it's release, but for those saying that Lee has added facets or depth to the characters, with apologies to a couple who said that and who are my friends, the opinions of whom I esteem, no. She didn't.

Well then, why should I bother reading this book? Because the whole vulture/will sign anything in front of her/profiteering thing makes me really uncomfortable.
-Like I said, if you enjoyed the first one, you'll like this one. Basically it's the same tone....ri-ight up to the end bits, where the ending just... well, it just isn't well done. Essentially there's a crisis, which is done wonderfully, and then the dénouement, for lack of an appropriate word in English, is painfully awkward. The logic in the arguments is also painfully flawed, not that I expect you, Gentle Reader, to really notice quite how. There's also some flawed reasoning that's easy to notice as well.

-And as for her being unable to make decisions for herself, and profiteering, well if she's unable to grasp what's happening then she's unable to worry much about it. If you don't want somebody to profit, then don't buy it. I got mine from the library for free, and the ebook is floating all over the internet. Like it or not, that means that payment is a choice, and you vote with your pocketbook.

-And my friends who refuse to read it because it's popular, or because many people who aren't as advanced will say it's the best book ever, or think themselves somehow literati by reading it...what or who is that hurting, exactly? You think this is a worse book than ANY of the popular garbage? I'd say it's better. I know a lot of people who like to decompress from the heavy stuff with mysteries or hard case noir, etc. And you'd begrudge anyone this? I say read anything you want. If ANYONE reads this after reading only trash, then somehow is led down the path to far more amazing fiction, it's a win. Harry Potter was lauded as "look, the kids are reading, now they'll read better books." No, they read more YA fantasy. This lead directly to 50 shades, in my opinion. But this book will lead to...what? Maybe better books? I think that's possible here.

In short, quit being judgmental, and read this enjoyable little book if you feel like it. Then go read something else.